no sleep 'til wilmersdorf 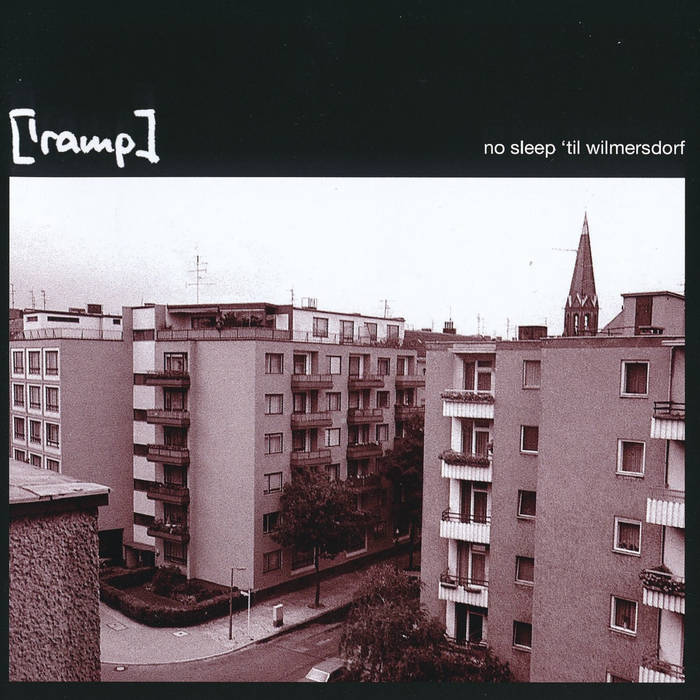 recorded between 2014 and 2016 -- with some bits already recorded as early as 2011/12 --, i am delighted to release "no sleep 'til wilmersdorf" as the 11th album in the history of ['ramp]. at first, I thought this album was never going to be more than just a vague idea i had of what could be if only... things were falling into place. which they ultimately did.

in some respect, "wilmersdorf" has become my personal "pet sounds" album, both in terms of production and, of course, in terms of sound: all my personal pet sounds are there, moogs, and arps and ems synthesisers, string ensemble keyboards, rhodes piano, mellotron galore, and lots and lots of those wonderfully noisy tape delays, spring reverbs, and phase shifters.

to me, "wilmersdorf" is a bit of a journey through time and space. rather than embarking on an imaginary flight through the vast unknown of space, i decided to travel back in time to a place i had the privilege to explore, taste, and experience face-to-face in my childhood days: the city of berlin as it was in 1978 and 1979 when i spent some time in the borough of wilmersdorf with my parents, just around the corner from thomas kessler's original beat studio, peter baumann's paragon studio, manuel göttsching's studio roma, michael hoenig's aura studio, edgar froese's place, and david bowie's residence, all within walking distance. of course i would learn about all this years later, even though i already had a penchant for electronic music by other artists from that era, particularly for one group from düsseldorf. incidentally, i was living in the düsseldorfer strasse... the plot thickens.

even though the album makes fun of an album title used by a little-known british rock band, it literally was a sleepless journey to berlin: departing from my hometown very early in the morning of my 6th birthday, it took us very long to get to berlin as we had to cross the inner-german border between west-germany and the former german democratic republic. i remember the ride along the corridor particularly well, not only because of the monotonously bumping wheels -- thanks to the motorway being assembled of slabs of concrete -- but also because of the airconditioning in the car giving out on a hot summer midday while we were waiting just outside the intimidating border near helmstedt. the box of chocolates my grandma had given me for my birthday was suffering badly, and so were we.

"wilmersdorf" was recorded in a laborious process, frequently interrupted by editing sessions and re-recording and overdubbing selected bits. i wanted the album to be as perfect as i had wanted "traces of the past" to be some 20 years ago. i spent a lot of effort on getting the sound quality of that era right, the flavour spring reverbs, tape delays, and analogue synthesisers would inevitably have added to the final result.

i even opened a personal time capsule, filled with the many souvenirs i had kept from those days which allowed me to get absorbed in the mood, the setting, the taste, the smell, and the feel berlin had to a six-year old boy who went to see a place far from the cosy rural landscape of his hometown -- a place that has since disappeared and become a utopian Memory in the most literal sense.

thank you for sharing these memories and this experience with me.